Heed the advice of these developers before starting your Tiny Tina's Wonderlands adventure!
3/22/2022

It's nearly time to take your seat at Tina's table alongside Valentine and Frette!

Tiny Tina's Wonderlands launches this week; check out the full release schedule breakdown to see when you can embark on your quest to defeat the Dragon Lord based on your platform and region. To help celebrate Tina's impending takeover, we recruited none other than Ashly Burch and Ariana Greenblatt—aka, the actual, real-life Tiny Tinas—for a raucous playthrough session, hosted by 2K NextMakers member Trisha Hershberger plus co-op partymates TessGames (also with 2K NextMakers) and Leahviathan! Keep an eye out for cameos from international Tiny Tina voice actresses Isabelle Volpe, Akino, Sabine Bohlmann, and Sara Heras!

We can't wait for you to jump in, forge your very own heroic Fatemaker, and enjoy all the chaotic great adventure that awaits. But before you go cavorting with a gun in one hand and a spell in the other, why not absorb some sage wisdom from a few of the developers behind the game?

In this final pre-launch installment of the Tiny Tina's Wonderlands Dev Diary series, we're getting an encore from everyone you heard from in the previous articles. We asked them all a simple question: What advice do they have for first-time players?

"Use everything. I think Tiny Tina's Wonderlands is going to be best when you don't just stick to one weapon type. You can try to use guns all the time, but the combat is built around the synergy of guns and fantasy—using your magic, your skills, and melee along with the firearms is the most fun way to play the game.

"And I would just say: explore. Our design and art teams have done an amazing job creating a wide variety of different environments, some of which are completely optional. Venture far and wide when traversing the Overworld, and try to explore all of it before you get to the end of the main campaign."

"Tina's built a pretty robust space, and there are a lot of nooks and crannies in this world to see and hear—just to experience in a way that's so much more than the main quest line. The Overworld is packed full of stuff to collect, and weird little missions with weird little characters that you might not find otherwise. Stray off the beaten path, because there's some really cool stuff to find. That's probably my number one thing.

"The other is to mess around with the character creator. Don't feel like you're locked into your choices; pretty much every time I play now, I run over to the Quick Change station and just mess my whole scene up. We're primarily a first-person game, but then, if I'm the Clawbringer and I'm bringing down the hammer with Cleansing Flames, it's just so funny to see this glimpse of my terrifying character. Later I'll be walking through Brighthoof and there's this enormous statue of an incredibly hideous beast, and I have to remember 'Oh right, that's me—oops!'"

"Take a moment to inspect the rings, amulets, melee weapons—things that don't get as much screen time as the guns and spells. We put a lot of work and passion into them, and I think you'll like what you see! Maybe some people don't know the item inspector is a thing—make sure to check it out in your inventory!"

"Seek out a fireball spell so you can see its effects—those were created early on and really informed our visual direction. One of our more senior artists started working on the fireball spell when we were still concepting and dialing in the look for Tiny Tina's Wonderlands. Once he finalized the look of that effect, we all looked at it and said 'That's it. That's the style we should go with.'

"He had added in our spell runes, with subtle effects popping up around the hands and a bunch of particle trails floating out of them. Once those landed, it was like 'Boom, we have our style; we have the look of the spells.' We were able to take that spell aesthetic and run with it through the rest of the game."

"I would highly recommend that you engage in side quests and optional areas. There are environments that are off the beaten path and leveling up in them will help you immensely during the later challenges. Every optional environment is unique and different and has just as many engaging stories to tell that make them just as worthwhile as the main campaign. My team would be really sad if you missed out on seeing the breadth of environments that we have—it's pretty breathtaking. So please, please play the whole game!"

"During Character Creation, if you're someone who likes a lot of choices, there's a lot there for you. And if you're not happy with your choices, play the game a little bit and you'll get more choices! Keep in mind that you can redo your look later if you want to at any Quick Change station.

"Maybe you're someone who's overwhelmed when presented with a huge number of choices—some players might say 'I just want to play the game right away; I'll go back and make myself cool-looking later.' If that's you, we have character presets to say 'These are guaranteed to look pretty cool, and if that's the way you want to roll, with a premade, go for it.'

"Other than that, the biggest tip I can give first-time players is: explore your class tree. Make sure you're spending Skill Points and Hero Points when you get them; make sure you understand how your class works by reading its Class Feat and Action Skills. The team did a really good job in making those synergize well, and you can build some really powerful, really fun Multiclass characters."

"Don't forget to put points in your Hero Point stats. And if you want my advice on the best class for leveling up, it's gotta be the Brr-Zerker—their Class Feat is extremely good. Every time you activate an Action Skill you'll get a bunch of extra Frost damage, which is great. Alternatively, the Spellshot is also really good; having two spells at your disposal with Ambi-Hextrous is so fun."

"Take your time. Some people, especially experienced players, like to go fast, practically speedrunning their way through the levels. But when you start out in a new area, there are tons of little secrets and details to appreciate. That applies to character builds too. There are so many possibilities there—just take your time to explore and experiment!"

We can't wait to see your Fatemaker saving the day when Tiny Tina's Wonderlands launches later this week. If you haven't yet, you still have a few short days to pre-order the game and snag the Golden Hero Armor Pack!* 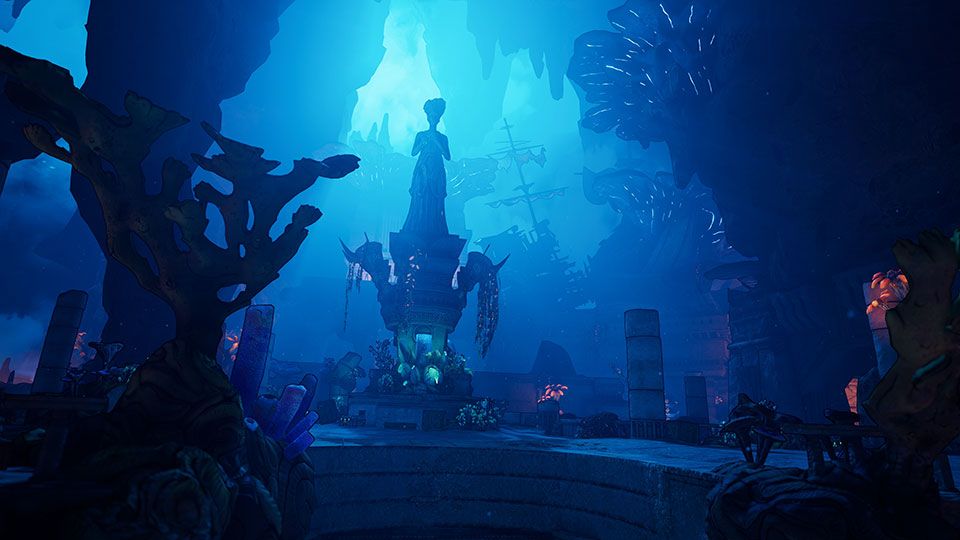