Clawbringers are faithful warriors who bring down thunder and flames upon their enemies with a spectral hammer alongside their fire-breathing Wyvern Companion.

The Clawbringers are an order of warriors who seek to bring Heroism to the Wonderlands through fire and thunder. While it has long been rumored that Clawbringers are born with dragon blood in their veins, our legal scholars can neither confirm nor deny such blatant hearsay. You know what? Let's just talk about the game mechanics.

Clawbringers focus on Fire and Lightning damage. The Clawbringer's Dragon Aura empowers their whole party with additional Fire damage and more. They can either throw their spectral hammer at enemies to deal sizzling Lightning damage or slam it down on the ground to create a massive Fire nova. Their trusty Wyvern Companion flies at their side, breathing Fire upon their enemies and raking them with razor-sharp claws. 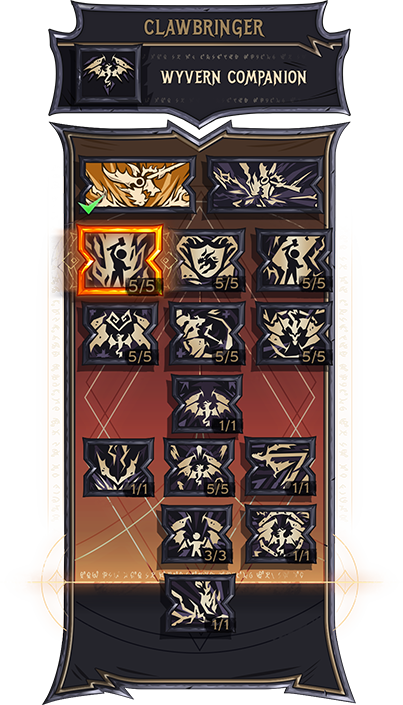 The Fatemaker summons their Hammer and slams it into the ground, dealing Melee Damage and creating a massive Fire Nova, dealing Fire Ability Damage to nearby enemies.

The Fatemaker summons their Hammer and hurls it, dealing Lightning Ability Damage to all enemies it touches. It sticks wherever it lands and deals Lightning Melee Damage every second to all nearby enemies.
The Fatemaker can recall the Hammer, damaging enemies along its path, ending the Action Skill early, and refunding a portion of the cooldown.