Brr-Zerkers are tenacious Frost-infused bruisers who complement their firepower with an onslaught of brutal, up-close-and-personal melee attacks.

When confronted with a problem, a Brr-Zerker's first instinct is to turn it into a popsicle and punch their way to a solution. Brr-Zerkers are hardy warriors who hail from the frozen mountains, with a long line of ancestors who trained their bodies to withstand and even harness the bitter cold of icy winters. In battle, Brr-Zerkers prefer to do their fighting up close and personal, taking point on the front lines as a whirling maelstrom of exceptionally chilly death.

Brr-Zerkers are specialists of Melee and Frost damage. The Brr-Zerker's otherworldly powers allow them to become Enraged via their Action Skills, channel the power of Frost through weaponry so that they may Freeze and shatter their enemies, and manifest an arsenal of raw destructive force. Brr-Zerkers are even able to channel their bloodthirst by leeching life from fallen foes using a dash of occult magic. 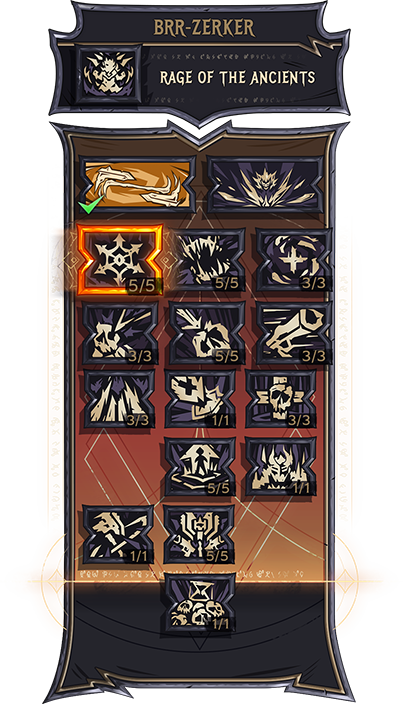 The Fatemaker spins, slashing anything nearby with their melee weapon and essentially becoming a pain tornado. Grants increased Movement Speed and Slow Immunity for a duration.

The Fatemaker leaps toward their target, dealing Frost Damage to all nearby enemies. Any non-Boss enemies damaged will be instantly killed if their Total HP is below a certain percentage. If Feral Surge kills an enemy, its cooldown is reset.