Wield the elemental might of the new Blightcaller class and face off against Redmourne the Trivern!
9/21/2022

Shattering Spectreglass is available now in Tiny Tina's Wonderlands, featuring the new Blightcaller class, a new dungeon linked to Vesper's darkest secrets, and more options for Character Creation!* Unleash elemental fury as the Blightcaller, battle against the soul-devouring wyvern known as Redmourne the Trivern, and try out new ways to customize your Fatemaker—including an all new voice! 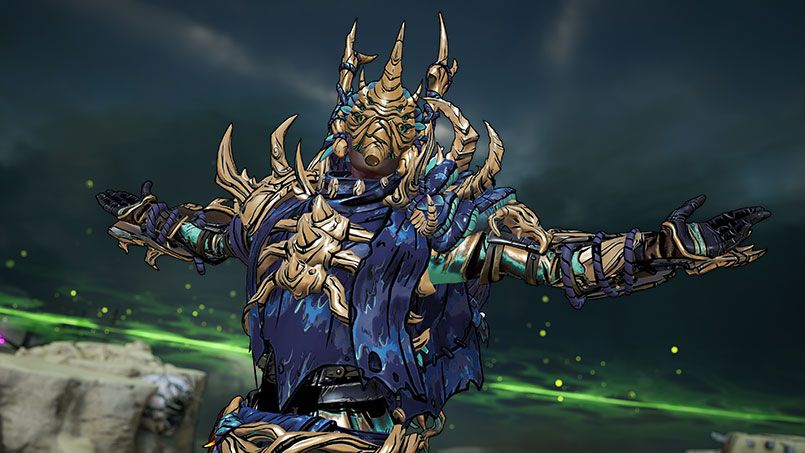 Harness the power of the Blightcaller

The Blightcaller wields the noxious essence of swamps with potent precision, suffocating foes in tempests of poisonous Plaguestorms and summoning vengeful spirits from their Bog Totem turret. Blightcallers are adept at dealing elemental damage, particularly Poison, and get further boosts to their elemental damage whenever they apply a Status Effect thanks to their Class Feat, Whisper of Rot.

With the addition of the Blightcaller to the other six classes of Tiny Tina's Wonderlands, you'll have even more Multiclass builds to explore. Access to the Blightcaller class is granted by purchasing Shattering Spectreglass. Once owned, you can access the new class by creating a new character or by slotting it into the Secondary Class choice for an existing character via any Quick-Change Station once you've completed the campaign.

In case you missed it, check out the full reveal of the Blightcaller's abilities to get a better understanding of their primordial power. 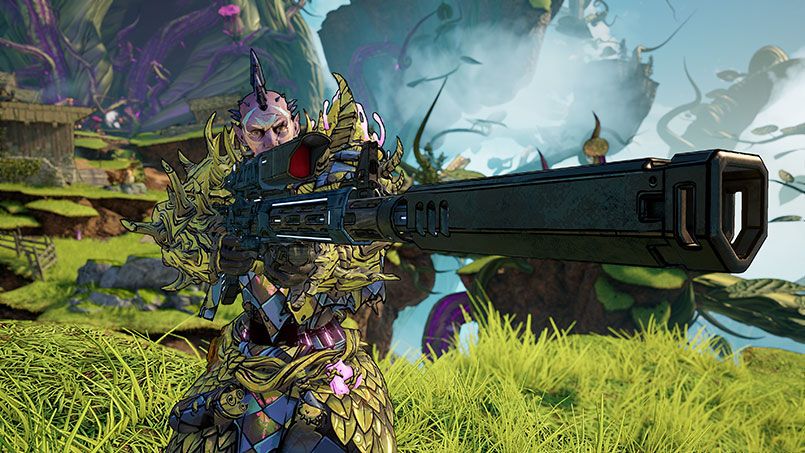 New ways to shape your Fatemaker

In addition to the new voice option, you can further tweak your starting stats when creating a new Fatemaker thanks to four fresh backstories to choose from: Nerfed by the Bunkermaster, Clownblood, Apprentice Barnacle Scraper, and Street Urchin Success Story. 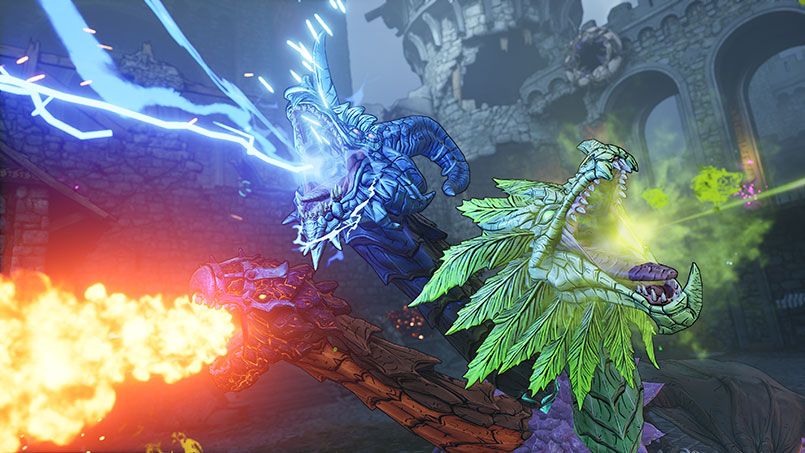 Shattering Spectreglass is the fourth Mirror of Mystery, offering a window into Vesper's memories which are plagued by visions of Redmourne the Trivern. This mighty beast can grow multiple heads and feeds on fear, siphoning his power from lost souls. Bringing down this winged behemoth once and for all is the only way to help Vesper escape her past.

As with the other Mirrors of Mystery, Shattering Spectreglass also gives you a chance to face a more difficult dungeon and farm higher-tier loot to help you complete the main story. Available for individual purchase or via the Season Pass (sold separately and as part of the Chaotic Great Edition), Shattering Spectreglass shines light on Vesper's mysterious past as you fight your way through her troubled memories. 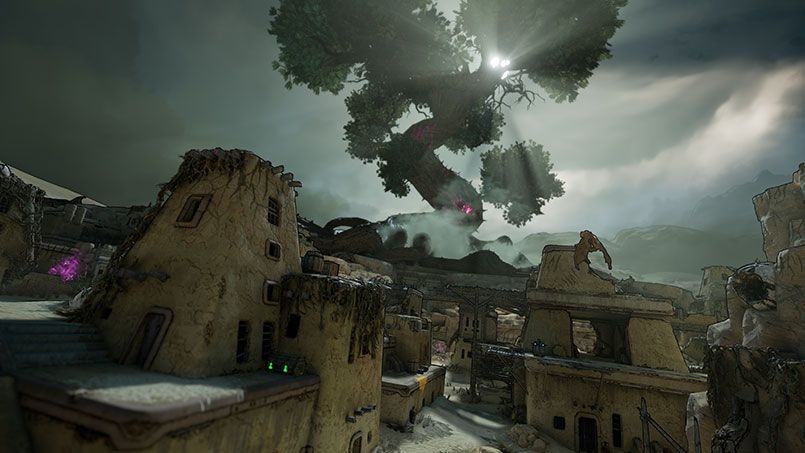 Vesper and her Mirrors of Mystery are located in the Dreamveil Overlook, just outside of Brighthoof in the Overworld. The enemies within have a baseline level of 13, and will scale to your Fatemaker's level beyond that. Whether you're still early on in your Fatemaker's quest or you've forged yourself in the flames of the most difficult Chaos Levels, the Mirrors of Mystery offer a fast-paced, repeatable challenge. But be warned, as dying within a Mirror of Mystery will boot you back out of the looking glass and you’ll have to start your run over from the beginning.

Taking Redmourne out of the sky will be easier said than done. Even if you manage to avoid getting chomped by his multiple mouths—including a toothy maw on his chest that's perpetually twisted into a tortured grimace—you're still in danger of being thrashed by his tail, claws, and wings, or blasted by his multiple types of elemental breath. Redmourne may only have one head when you first encounter him, but more will spring forth in his subsequent forms in order to roast, zap, and generally obliterate you. 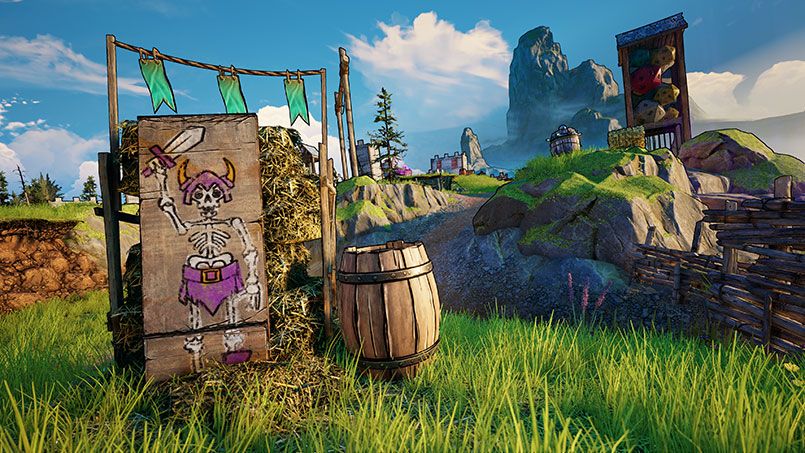 For three consecutive weeks following the launch of Shattering Spectreglass, Redmourne will recoup and regenerate his element-spewing heads, ready to terrorize you with a swath of new attacks. With each progressively tougher version of this battle, new Legendary gear will be added to the loot table, giving you good reason to return for some rematches.

More Legendary loot will also be added as possible rewards from Vesper's Wheel of Fate after you've defeated Redmourne at least once. Those new items are in addition to the wide array of fresh cosmetic items you can collect—whether as random drops from enemies within the Mirrors of Mystery or when spinning the Wheel of Fate using the Lost Souls you've collected.

Below is a planned schedule for when Redmourne will take on new, deadlier forms, along with the planned loot additions for each Difficulty level.** You'll have to beat each form consecutively, even if you're playing Shattering Spectreglass after the following dates have passed. With each successive victory, Vesper will reveal more information about Redmourne—and in doing so, reveal more about herself as well. 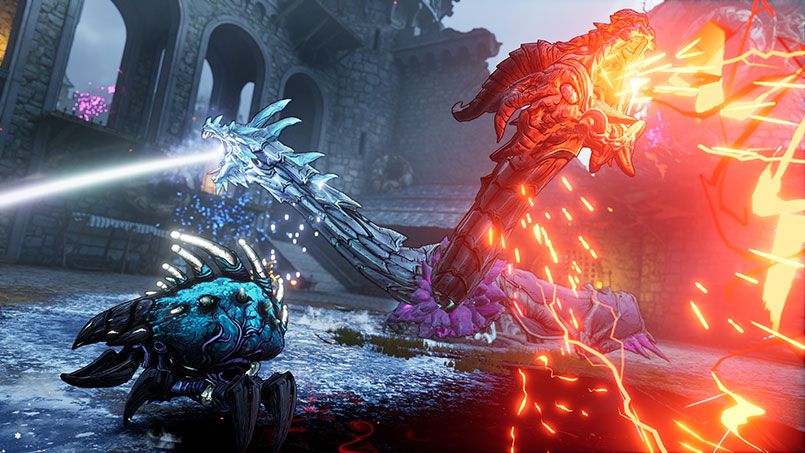 If you can successfully complete Shattering Spectreglass at least once, four unique level layouts and the Redmourne boss fight will be added to the pool of Chaos Chamber possibilities for even more endgame dungeon variety. Combined with the ongoing limited-time mini-events and weekly Featured Runs that are constantly being added to Tiny Tina's Wonderlands, there's lots to be gained from trouncing Redmourne's new forms each week.

Help Vesper settle the score against Redmourne, try out the new Fatemaker character creation options, and become a force of nature as the Blightcaller class with Shattering Spectreglass!